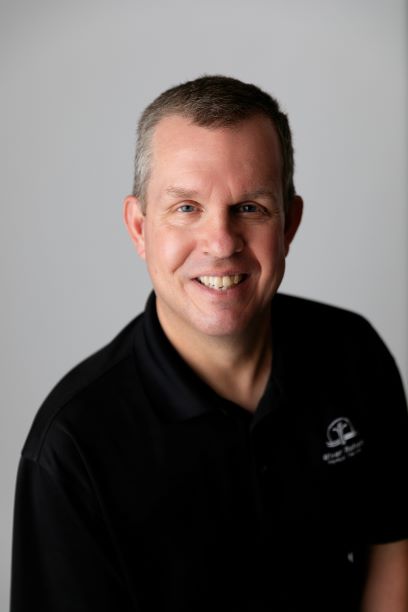 Aaron received his degree in Exercise Science from the University of Iowa in 1993. He then continued his education at Iowa, graduating with a Master of Physical Therapy Degree in November 1995. He began working at River Rehabilitation in 1995, and later purchased the practice in July 2004. By 2014, River Rehab had outgrown their surroundings, and moved into a larger, more spacious and handicapped accessible facility where they currently remain.

Aaron loves his work. He is passionate about helping people of all ages get back to the lives they love free of pain and mobility issues. He is a Certified Ergonomic Assessment Specialist (CEAS), and helps several local industries maintain the health and safety of their employees. Aaron also is dedicated to helping his hometown of Muscatine prosper, and volunteers his time on several local boards and committees.

In his spare time, he enjoys golfing. the St. Louis Cardinals and all Hawkeye sports. 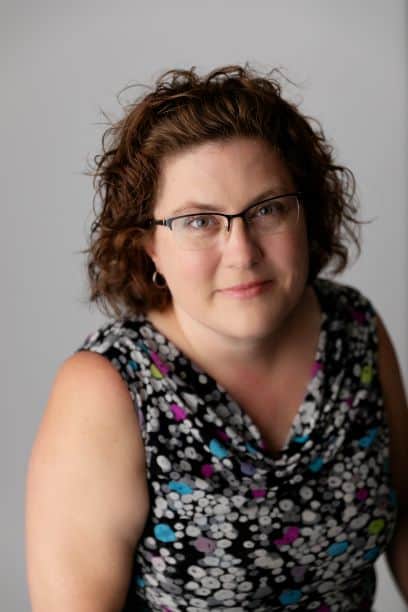 Rachael received her undergraduate degree in Non-teaching Physical Education and Athletic Training from Coe College in 1998. She received her Master’s Degree in Physical Therapy from the University of Iowa in 2001. She is also a Certified Strength and Conditioning Specialist. Rachael specializes in geriatrics along with home health services, pediatrics and sports injuries.

In her spare time she enjoys running, kayaking and gardening.

Nicole received her Doctorate of Physical Therapy from Northern Illinois University in 2014. Prior to starting at River Rehab in 2021, Nicole worked as a travel physical therapist for several years which allowed her to work in multiple different states and facilities. She enjoyed being able to learn techniques from other physical therapists from diverse training backgrounds while traveling. Nicole feels at home in the outpatient orthopedic setting. She takes pride in being able to educate patients and motivate them to reach their goals.

Nicole is an Illinois native but now resides in Davenport, Iowa. Outside of work, she has a passion for travel both within the USA and internationally. Over the last several years, she has had adventures in 10+ countries that involved everything from backpacking through New Zealand to learning yoga philosophy in India. 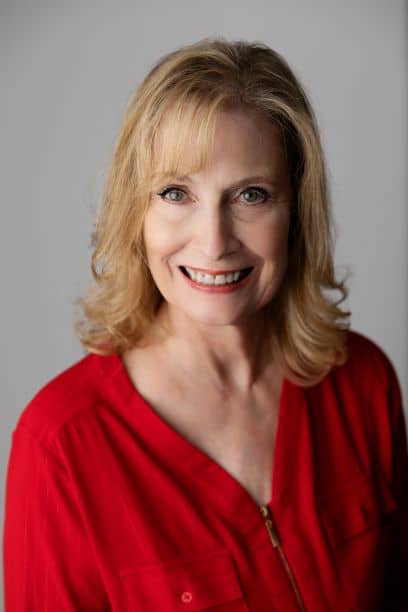 Sheri has had a very diverse career in Physical Therapy. She began her career as a Physical Therapy Tech in Northern California in 1989. She worked and attended night school simultaneously, and graduated (with Distinction) in 2004 with her Physical Therapy Assistant degree from Sacramento City College.

Sheri moved to Muscatine in 2007 to be closer to her husband’s family. She joined the staff at River Rehab in May 2007 and loves her job. Therapy is very personal to her with several family members with disabilities or autoimmune diseases. She sincerely wants to help each patient with their personal challenges.

In her spare time, Sheri loves to be creative in the kitchen, sewing or doing several types of craft projects and working out in a warm water pool. 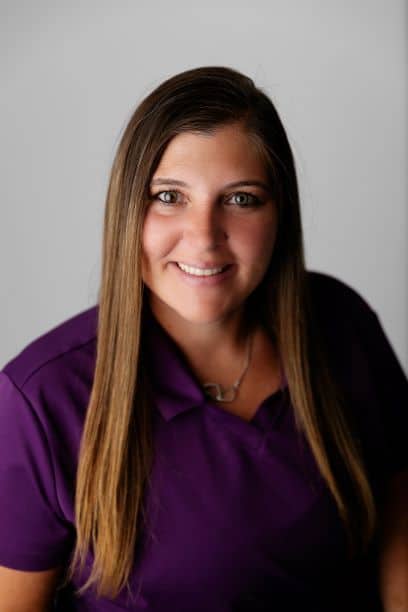 Tammy received her degree in Associates of Applied Science Physical Therapy Assistance in 2007 at Black Hawk College. She joined River Rehab Physical Therapy in 2014. In 2017 she obtained a certification from Klose Training Lymphedema to become a licensed Lymphedema Therapist. She enjoys treating patients of all ages from youth to geriatrics. She loves the opportunity to have a positive impact on people’s lives and teach them techniques to better their lives.

In her free time she loves to travel and watch her boys grow into young men. Fishing is one activity she has grown to enjoy through her boys’ love of fishing. She also enjoys quilting and sewing outside of work. 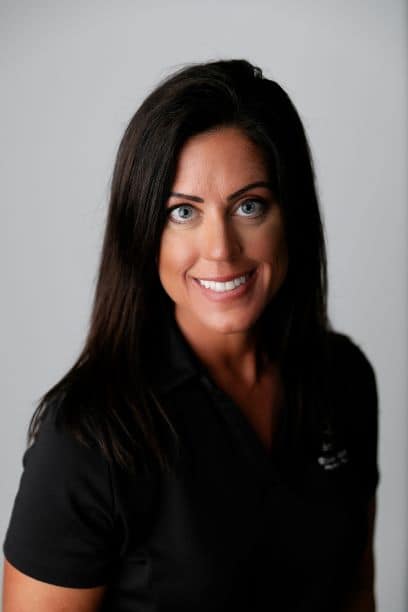 Sarah received her BS degree in Nutrition and Dietetics in 1994 from Marycrest University. She has experience working as a Clinical Nutritionist in the QC area before pursuing her career in Physical Therapy. She became a PTA in 2016 after earning her AAS degree from Black Hawk College and she has been a part of the River Rehab team since that time.

Sarah resides in Taylor Ridge,lL. Outside of work she enjoys music, singing, fitness, walking her dog, baking and cake decorating, traveling and most of all spending time with her family. 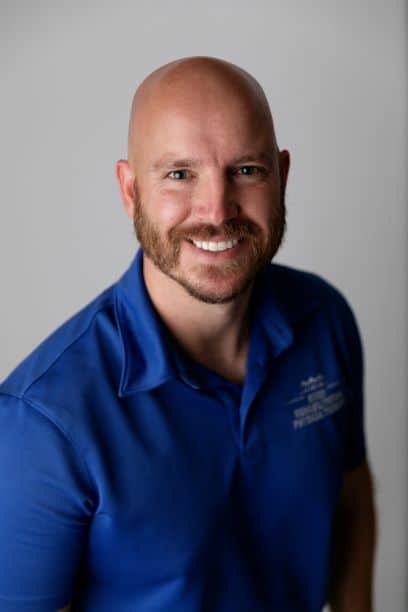 Travis attended Rockridge Schools, where he developed a passion for baseball. That passion led him to play college baseball at both Indian Hills Community College and Iowa Wesleyan University. He graduated from Iowa Wesleyan in 2010, with a degree in Sport Management. Travis began his career with River Rehab in 2012, and currently serves as the Sport Performance Coordinator.

In his free time, Travis enjoys spending time with his beautiful daughter Presley letting her try out new hairstyles and hair products on him, spending time with family, attending church and his men’s Bible Study group, and maintaining his nerd jock status by playing board games and D&D with friends.

The employees listed below are the first people you meet when you call to schedule your appointment or come into the clinic. 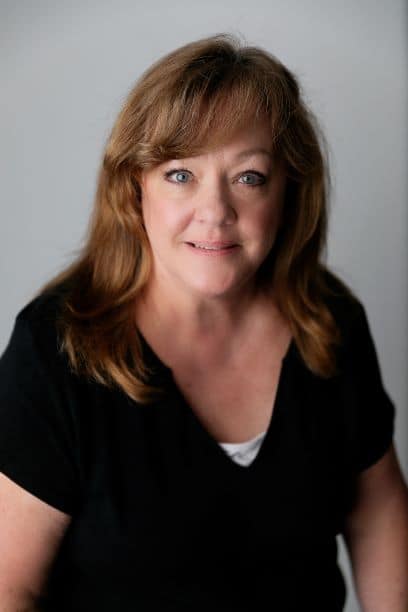 Debbie earned her AA degree from Muscatine Community College. She joined River Rehab in May 2010.

She loves to travel, work in her yard, tend to her flowers, and enjoys spending time with family and friends, especially her grandson. 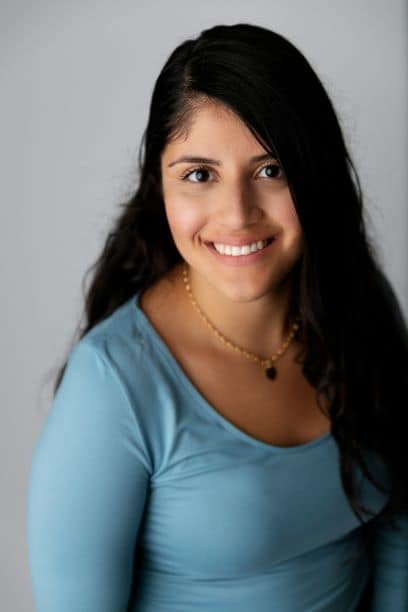 Michelle graduated from Columbus Community High School in 2013. She started working as an Administrative Assistant at River Rehab in September of 2019. In her short time here, she has learned a lot about insurances and everything that is required to assure that patients don’t run into any insurance issues and have the best experience possible while completing their treatments at River Rehab.

In her free time, Michelle enjoys spending time outdoors bow fishing or biking with her husband.

“I had total knee replacement that required rehabilitation and I chose River Rehab Physical Therapy. I was a little apprehensive at my first visit as to exactly what was going to take place but after a couple visits I was very comfortable with my decision. I was referred to River Rehab by a friend who had very good things to say about their services. I contribute my success to everyone that was involved, including the office staff. My decision to go with River Rehab was the right one and I will recommend them to my friends. Thank you Aaron Eversmeyer and staff for my successful rehabilitation, I sometimes forget my knees have been replaced.”

Right behind Dollar General and
next to the car wash!